We’ve been vibration and shock testing of some heavy equipment designed for the construction environment. This is one of the toughest environments for product environmental testing. It’s wet, it’s dusty, it gets hot and cold… sometimes all at the same time! Not only that but it’s a very physical environment where rough treatment is the norm.

This customer is well versed in the art of protecting their equipment from such conditions using a robust frame with the key part of the product mounted on beefy rubber shock mounts.

This slow motion footage of captured of the unit undergoing shock testing really shows you just how useful these parts are.

Test was being performed to EN 60068-2-27, 10g shocks with a 16ms half sine profile. There is significant pulse pre- and post-loading as the piezolectronic accelerometer I use has a pretty poor low frequency response and this seems to help.

The use of these anti shock mounts isn’t without issue. In this case, the springiness/stiffness of the anti shock mount combined with the mass of the equipment leads to a resonance at around 25Hz with quite large displacement of the main equipment mass.

The losses in the anti shock mounts causes a damping effect leading to a softer, wider resonance. The equivalent of resistance in an LC resonator causing a reduction in the Q of the circuit.

Compared to a much sharper resonance (caused by a different physical structure) the overall gain is much lower. The tradeoff is selecting a stiffer mount to damp the resonances but at the expense of transmitting more force through to the unit under protection. 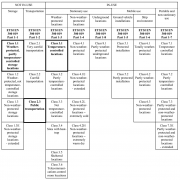 How Do I Choose Vibration Tests For My Product?